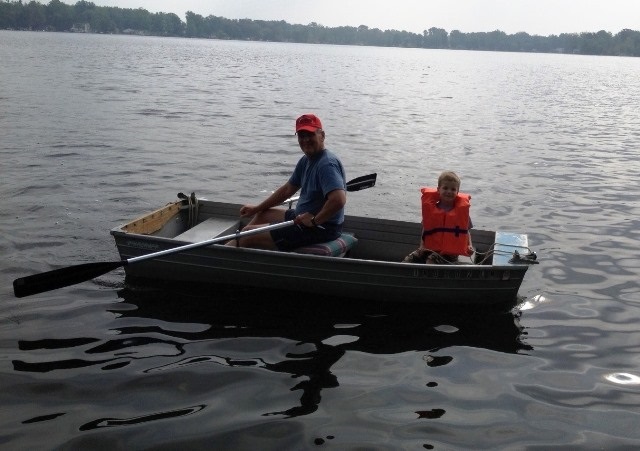 My earliest recollection of fishing is on a sunny June day in Indiana at the age of four. I am standing knee-deep in the lake at Grandpa’s farm with a cane pole in my hands, dangling my hook just inside the cottontails that marked the drop-off into deep water. Suddenly out of the corner of my eye, I see a swarm of water snakes coming at me, fast.

Do you know the scene from Lonesome Dove when a horde of water moccasins fatally attack the young Irishman crossing the Nueces River? This was that kind of terror.

I drop the cane pole in the lake, let out a shriek that Grandpa can hear all the way up at the house and skip out of that water at breakneck speed. I don’t stop sprinting or shrieking until I’m up at the house with Grandpa, still trembling with fright.

I should acknowledge that, unlike the young Irishman at the Nueces, my life was never in danger. Indiana water snakes are timid, non-poisonous creatures that normally do not bother humans. The pair likely chased me out of the lake because I was getting too close to their nest. (Yes, I faced only two snakes, they just seemed like a Lonesome Dove-size horde to my four-year-old eyes.)

Aunt Dorothy, who was standing guard over my brother and me while we fished that day, explained this to me later, once she got done laughing. Her calm and rational view of the incident did help me fall asleep that night. But it did not purge the chilling fear of snakes that I carry to this day.

That was merely one of many fundamental lessons I learned from fishing. To this day I carry these lessons with me and use when stalking the wily Andes trout. 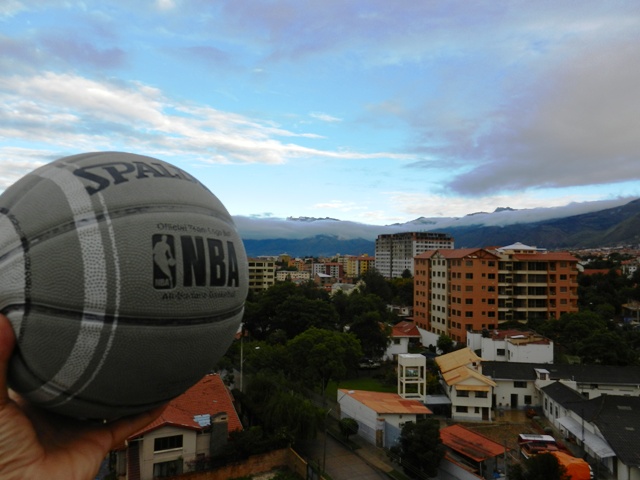 This is not due to our superior athleticism, but to attention to the fundamentals. Coaches drill us on how to dribble, how to pass, how to pivot, how to pick, how to position and how to rebound long before they put a ball in our hands and let us shoot it. They don’t need to drill us on shooting, that’s the fun part. Coaches know we will spend countless hours on our own perfecting shots. But if they don’t teach us the fundamentals, we will end up flailing aimlessly around the court and never figure out how to get the ball to the hole.

A fundamental lesson you learn when fishing in Indiana is to locate the drop-off. This is a topological feature of every lake in the upper Midwestern United States and eastern Canada. Ancient glaciers created these bodies of water when, at the end of the Ice Age, they broke up and melted into the soil. These glacial lakes have a rim of shallow water around their shores, which serve as spawning grounds for pan fish and ideal swimming areas for children. But take care, children. Somewhere out there you come upon a sheer precipice created by the ancient glacier as it melted into the soil.

Drop-offs spawn sobering stories about drownings. As kids, we heard many such tales from our elders. An unsuspecting bather is happily wading across a swimming area when suddenly he or she steps over the drop-off and plummets helplessly into the deep.

A disproportionate number of the stories involved a high school senior partying just before graduation or a newlywed on his or her honeymoon, so the tragedy was amplified. Of course, none of us kids knew any of the victims personally so I cannot say for sure if the stories were true as our elders claimed. What I do know is that they scared the wee out of us and kept us well away from drop-offs.

Except when fishing. It turns out that after they spawn, pan fish tend to hang out just off the drop-off. We could reach them from the end of Grandpa’s boat dock with a long cane pole. But without a boat dock handy, we had to wade out into the water far enough to reach the drop-off with the cane pole. That was what I was trying to do the day the water snakes attacked. Good thing they did. Between snakes and drop-offs, the latter account for tons more fatalities.

How do I use this knowledge when trout fishing in the Andes? 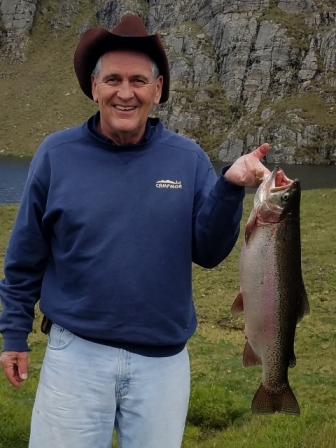 Cloud forest fishing offers the only chance of seeing snakes. If you see one that looks like a rattlesnake, it’s probably the deadly cascabel. You best take off in the opposite direction, and fast.

If it looks like a coral snake, it’s most likely a milk snake, a harmless imitation that mostly feeds on insects and shouldn’t give you any trouble. On the other hand, it might just be a coral snake, in which case you best take off in the opposite direction, faster yet.

The best thing about Andes snakes is that they can’t survive above 9,000 feet. That’s about the same elevation where cloud forests peter out. So if you fish up there you won’t see one at all, ever. Cool, eh?

My other Grandfather, Grandpa Miller, taught us kids more fishing fundamentals. For two weeks each summer, he and Grandma would rent a huge pre-WWII cottage on an Indiana lake that could sleep about a hundred people. The Miller family needed the space. Dad was the oldest of nine. All his siblings married and produced families of their own so we were about 30 first cousins, plus aunts and uncles.

The aunts and uncles customarily came up to the lake after work and on weekends and would spend most of their waking hours playing Indiana’s National Card Game, euchre. Grandma spent all her time cooking, washing dishes and making coffee for the adults.

That meant that we kids were the ones who got to go fishing with Grandpa–-once we passed muster, of course. Grandpa Miller was descended from Swiss Mennonites and as you probably know, the Swiss follow precise rules for everything. Grandpa certainly followed precise rules for fishing. We kids did our best not to break the rules, else we would be left behind to help Grandma wash dishes and serve coffee to the adults.

Grandpa taught us precisely how to sit in a boat, how to handle a pole, how to bait a hook, how to hook fish, how to take fish off the hook and, most essentially, how to untangle fishing line. To this day, I practice this particular skill most often because, as you probably know, spinning reels are specially designed to twist monofilament line into messy, knotted clumps.

“Rats’ nests,” Grandpa called them, as in, “Aw, Davey, you got another rat’s nest?” If I couldn’t analyze and fix the problem, which I usually could not, Grandpa would hand me his pole and patiently undo the mess. He was world-class when it came to untangling fishing line because the Swiss are superb at analyzing problems and Mennonites are patient.

I don’t know about you, but tangles seem to strike my line about the same time a trout does. Often I watch my buddies hauling them in right and left while I’m sitting there unraveling another knotted mess. But never mind, I’m going to do this no matter how long it takes. That’s because Grandpa Miller considered it a serious character flaw to cut perfectly good fishing line off one’s pole.

Do you ever hear voices in your head when fishing? Or how about when you’re driving your car or playing ball or cleaning house? If you grew up in a family like mine, you hear voices all the time and in many situations. 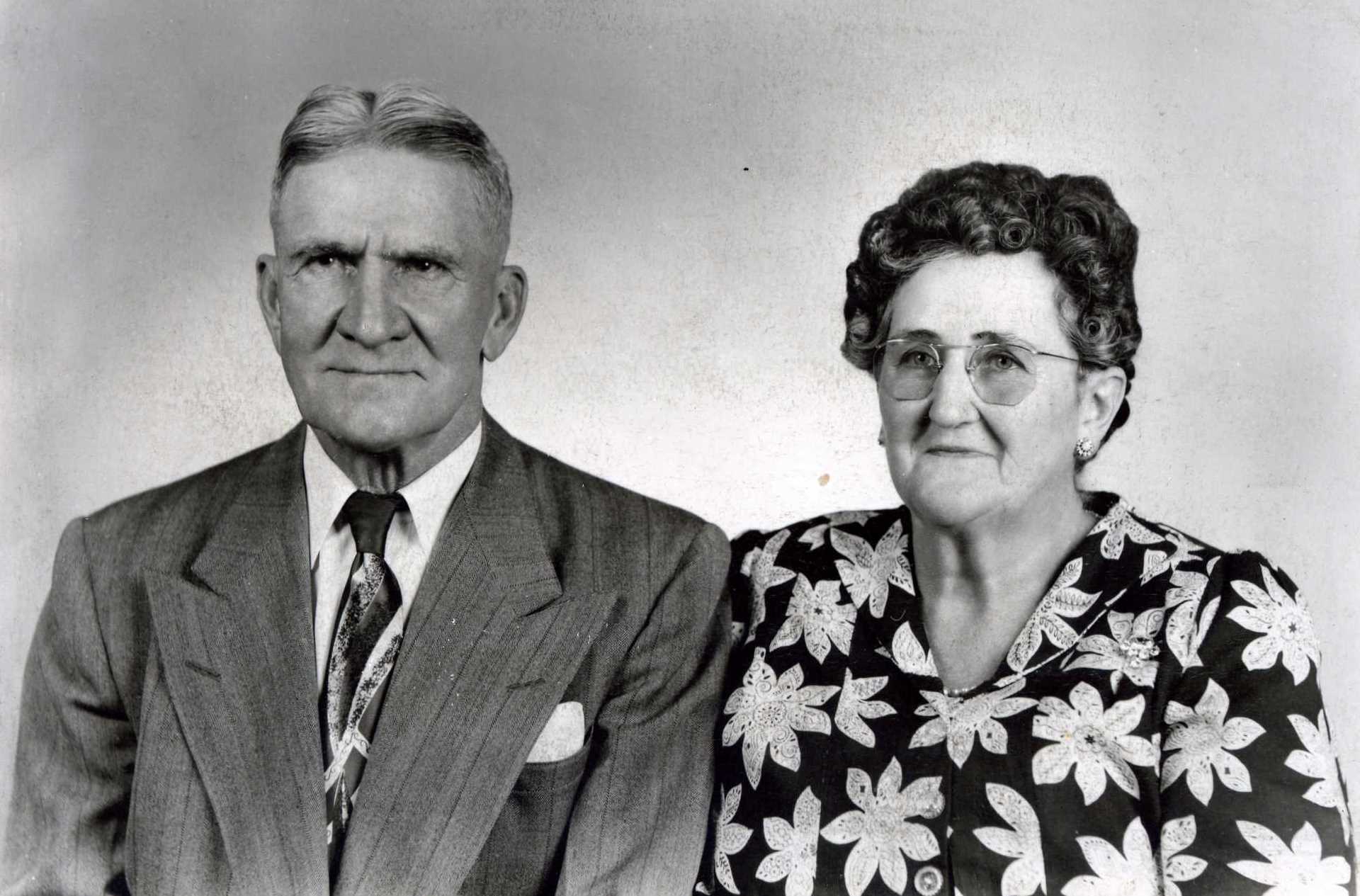 I finally figured out these voices are simply the replays of fundamental lessons I learned from my elders years ago. Simple conversations I had with them stuck forever in my gray matter, I suppose because I respected them and knew that what they had to say was going to help me master whatever skill I had set out to learn.

The Bible actually has a term for this: “making disciples.” It happens when somebody personally takes the time to patiently explain to somebody else how to master a skill. The most famous example of making disciples is, of course, Jesus. He surrounded himself with 12 ordinary individuals and for three years taught them how to walk with God, literally.

It is remarkable that we still know the names of these 12 individuals 2,000 years after the last one died. That is because when He was about to say goodbye to his disciples, Jesus asked them to go and make more disciples. In other words, “do the same thing I did with you with other ordinary individuals.” They did and the rest, as we say, is history.

Take note. The disciples were doing this for decades before the New Testament was written. Unlike us today, they couldn’t pull out a pocket New Testament or pull up the Bible on their smartphone to teach people how to walk with God.

But they really didn’t need a book because they had the Voice in their heads. They could quote actual conversations they had with Jesus, recount the amazing miracles they witnessed and explain how He taught them firsthand how to pray and fast and other basic skills. They learned the fundamental lessons about walking with God from God himself.

When you get right down to it, making disciples has not really changed all that much in 2,000 years. It still involves individuals who walk with God spending time to personally explain things to other people who want to know how to walk with God.

You don’t need a seminary degree or ordination papers to make disciples. You don’t need a Bible college education or even a Sunday School certificate. You just have to be a disciple of Jesus yourself who obeys the Voice in your head in every situation life throws at you.

When you get right down to it, this is how Christianity is meant to be, fundamentally. 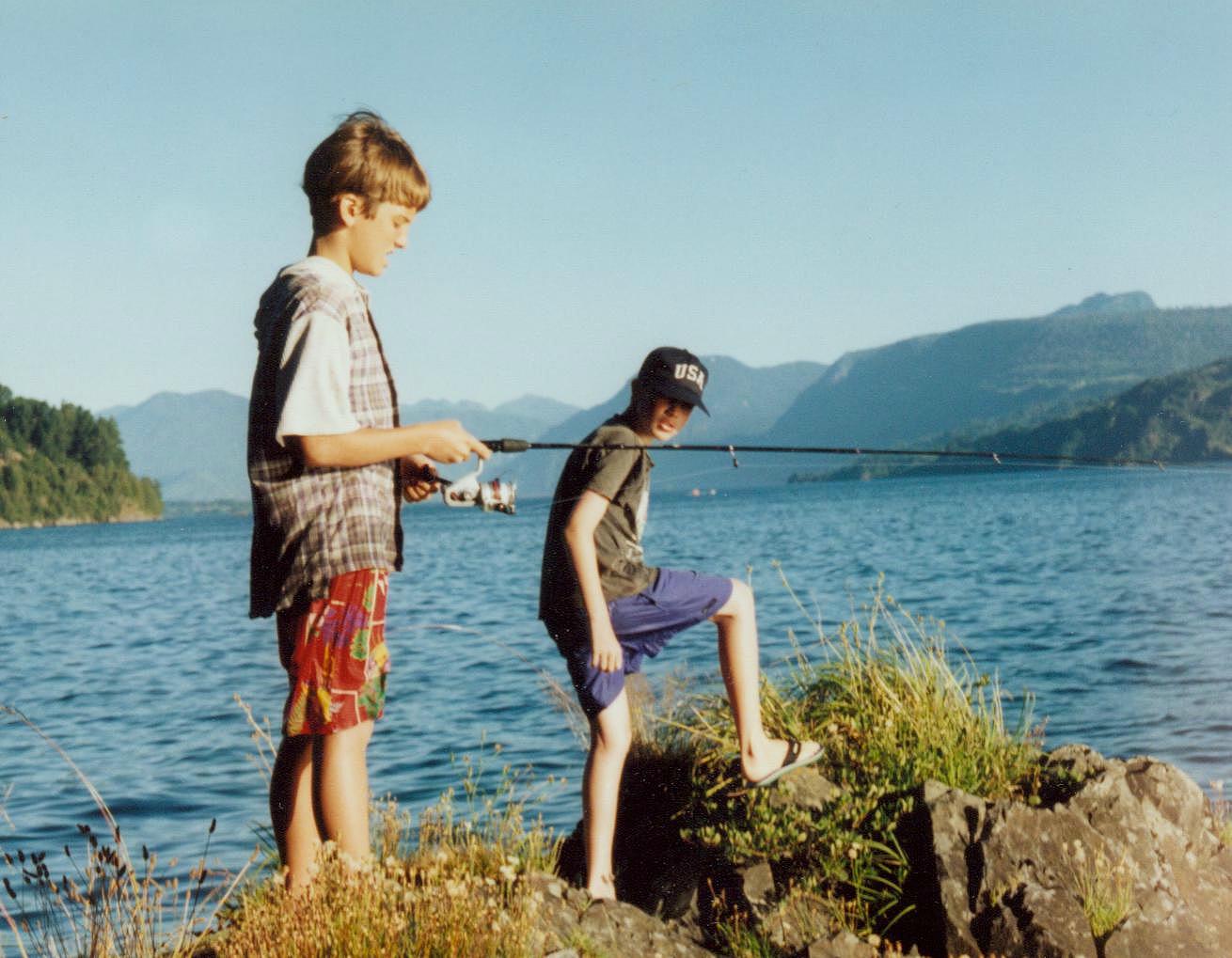 Next time: Pass it forward