Homer Firestone is to blame for putting the idea in my head.

We were in my pickup one day on our way to somewhere in the Andes when Homer spotted an old jeep he had once driven from California to Bolivia and began reminiscing about the overland trip. Until then, I had never heard of such a thing. As a rookie missionary I had a difficult time wrapping my head around the concept.

Understand, the distance between my stateside residence in Indiana and my home in Cochabamba takes 10 hours to cover in a jet airplane flying 500 miles an hour in a straight line. I could not fathom making the journey over the squiggly roads running every which way over the maps of Central and South America. 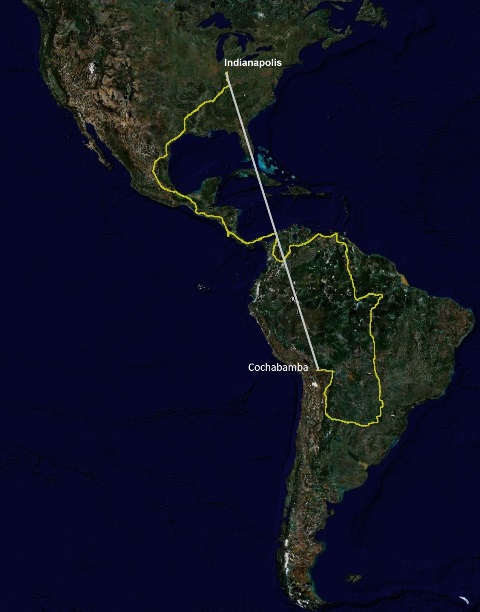 Then there were the security questions. Homer made his trip in the 1960s, when the territory between Mexico’s Rio Grande and Cochabamba’s Rio Rocha was more or less peaceful. Corrupt policemen, greedy border officials, petty thieves and voracious mosquitos were the most serious dangers he faced.

But in the 1970s, violent civil wars flared up across Central America. A decade later, guerrilla armies controlled much of rural Colombia and Peru. One of their favorite tactics was to throw up a random road block to rob, kidnap and occasionally murder unsuspecting travelers.

I put the notion of an overland trip to South America out of mind. Barbara and I were now the parents of four and international travel had become a complicated endeavor. Our lifestyle dictated that we spend one year of every five in Indiana, so we made regular trips between Bolivia and the U.S. But the prospect of doing it with small children in tow by any means other than a jet plane flying in a straight line was unthinkable.

Nevertheless, the idea of an overland trip had lodged itself in an obscure corner of my brain and sometime in the early 2000s it suddenly reappeared. I decided we had to do it, and soon.

Mark Twain is to blame for jarring the idea loose. One day I came across a quote from the renowned author. “Twenty years from now, you will be more disappointed by the things you didn’t do than by the ones you did do,” Twain said.

I could think of a lot of things I regret not doing and I decided this was not going to be one of them. I started talking the idea up to Barbara around the time our youngest daughter left for college and international travel became less complicated for us empty nesters.

By this time, Central America had long been at peace, Peru’s once dreaded Shining Path had self-destructed, and the Colombian government had brokered a peace treaty with its long-standing rival, the Revolutionary Armed Forces of Colombia (FARC). Except for the brutal drug cartels operating near the Mexican border, the road from Hoosierland to Bolivia lay open and untroubled.

Barbara eventually agreed, though with some trepidation, mostly because of the Mexican cartels. It seemed that whenever we mentioned the plan to friends and family, they also brought up the question of the cartels. Everyone except our son Ben and daughter Molly. They both were graduating college that year, so we invited them to come along. The trip would be a graduation gift. 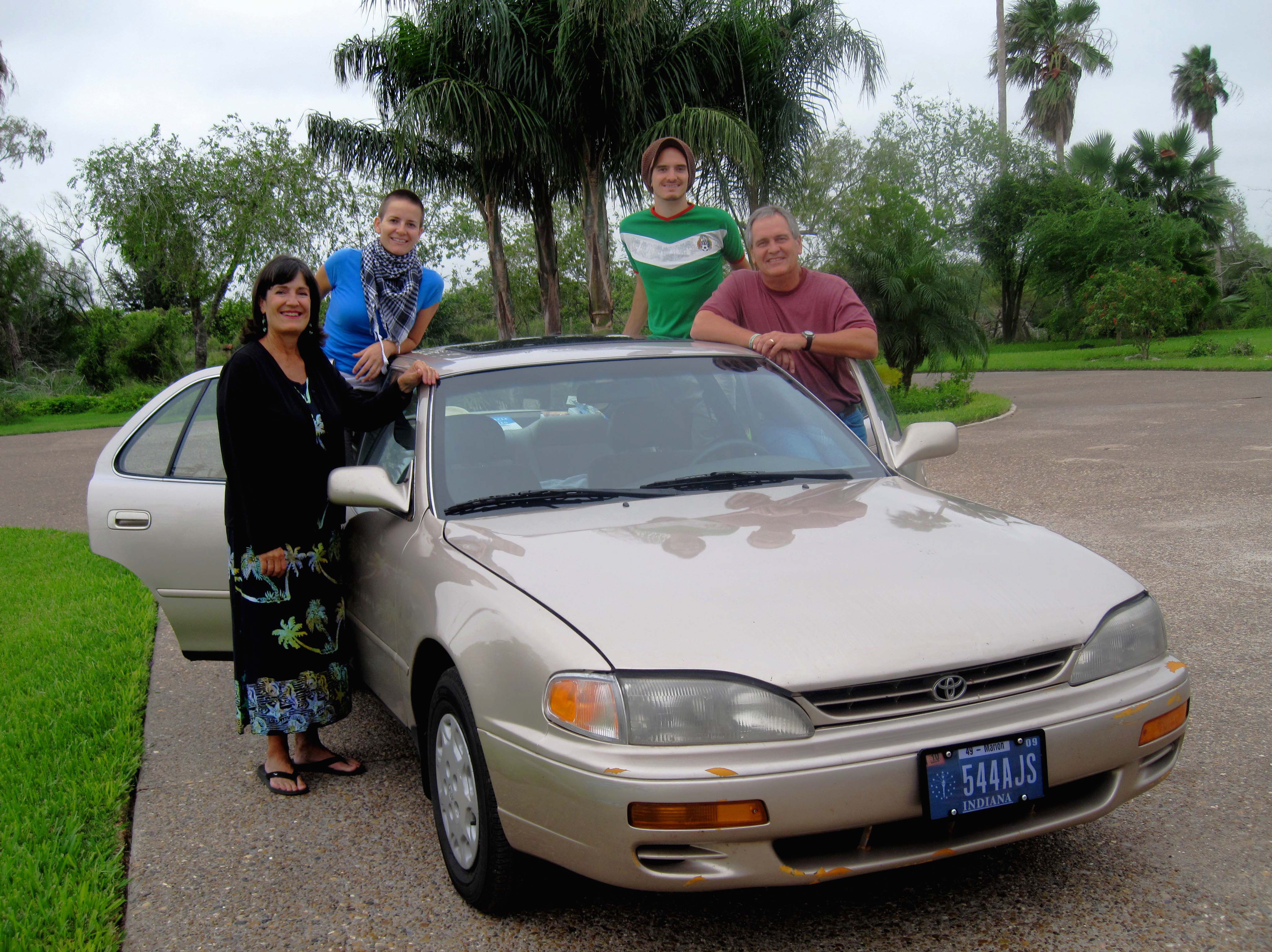 With advice from some experienced and savvy Mexican travelers, we came up with simple strategies to evade the cartels. (Not to worry, I will happily reveal those tips with you once we get down there.) That left us to solve the final piece of the puzzle: how to convince our boss to approve the plan. For this, I had to come up with a more compelling reason than Twain’s warning of regrets 20 years down the road.

My original rationalization for the trip was identical to Homer’s. I would buy a cheap used car in the U.S. and drive it to Cochabamba to avoid shipping charges. The reduced import duty on a used vehicle would save yet us more money. Barbara and I would end up with a good, dependable vehicle on the field for a fraction of the usual cost. It simply made good financial sense.

But this plan floundered when Bolivia’s new president, Evo Morales, decreed that cheap used cars could no longer be imported to Bolivia. My good-financial-sense-argument evaporated overnight.

In the spring of 2009 Barbara and I were driving across Nevada in our 1996 Toyota Camry when another idea popped into my head. We would drive this aged car as far as the Panama Canal, give it away, and make the rest of the trip on public transportation. Of course!

But we now had to come up with a new argument for our boss to approve the trip. One factor in our favor was our new job as Regional Coordinators for Latin America. The position had expanded our field of service out from Bolivia to everything between the Rio Grande and Tierra del Fuego.

So I composed bullet points to demonstrate how the trip would strengthen our relationships with church leaders in the countries in route. We could get better acquainted with one another and organize cooperative projects.

The experience would deepen our understanding of Latin America’s numerous sub-cultures and update us on social issues. We could investigate, up-close and personal, emerging opportunities for church planting and disciple making. In short, we could see firsthand what God was doing and how our missionary role could better fit His Plan.

God had certainly been doing something extraordinary in Latin America. British sociologist David Martin published a ground-breaking book in 1990 entitled Tongues of Fire: The Explosion of Protestantism in Latin America. His research revealed that 400 Latinos were turning to Jesus every hour. We wanted to witness where, why and how this remarkable growth was taking place.

Our boss approved, albeit with some reluctance. So on September 19, 2009, we rolled out of our Indianapolis driveway in our aged Camry and headed south. Friends at our first overnight stop in Lexington, Kentucky, laid hands on the vehicle and invoked God’s protection over the car and its passengers.

Their prayers were answered. During the entire 12,500 mile, three-month odyssey, we did not once see the inside of an emergency room or a police station. That kind of safety record comes only through divine intervention.

We did see unmistakable signs of divine intervention along the way. As we shared the daily life of Latin Americans, we enjoyed like never before the continent’s immense beauty and warm and welcoming inhabitants. Everywhere we looked, we saw fascinating opportunities to fit our missionary role into God’s Plan. The trip indeed turned into a once-in-a-lifetime experience, one that Ben and Molly still refer to as “The Epic.”

“Really?” you might ask. “Well, if that be true, what’s all this stuff about dictators and drug traffickers and poverty and crime in Latin America? Where’s the promise in that?”

Good point, and one that I can’t answer in just one blog. So I invite you to come along on our epic journey. I would like to show you what we discovered, from travel tips to must-see natural wonders to unexpected miracles, large and small.

But if you do come, I must warn you of a serious danger. The journey just might persuade you to do that thing you’ve been thinking of doing, but haven’t done, for the past 20 years. 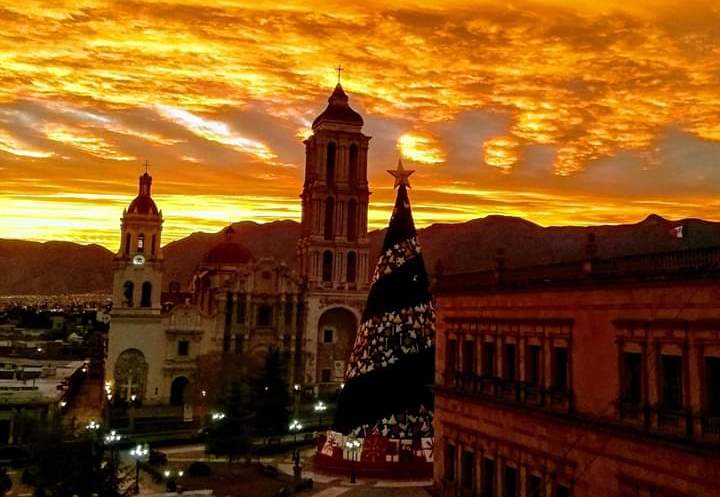 Next time: Silence in Mexico