Central America is lush and tropical. But as you drive south through this fascinating land bridge between North and South America, you get the feeling that it becomes even more lush and tropical. The vegetation seems to get thicker and the air feels more humid. Most of all, the rain falls harder and more often. 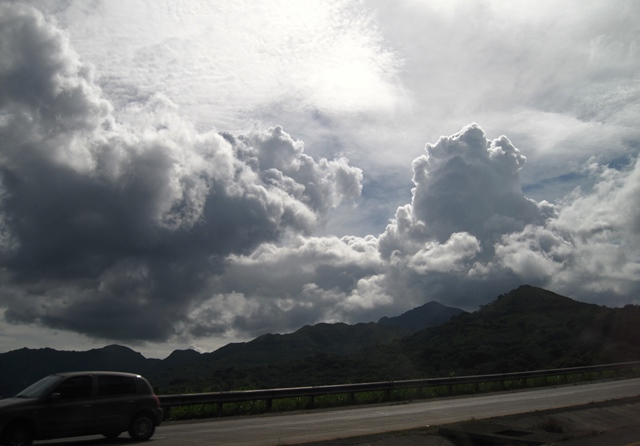 Panama lies at the southern end of Central America and gets a huge share of its rainfall. That is a good thing. You could even say that Panama is Panama because of its abundant rainfall. Okay, its rain and the fact that in the middle of the country the land bridge narrows down to a mere 50 miles between the Atlantic and Pacific Oceans.

The Canal is famous for several reasons, but one in particular stands out to this writer. Unlike most waterways that link two oceans, the Panama Canal is full of fresh water. That is because it has to cross Central America’s Continental Divide. It’s tough enough for highways and railroads to cross continental divides. For a waterway that carries ocean-going vessels, it is infinitely tougher.

Crossing the Divide was the main reason why it cost tens of thousands of lives, decades of time and zillions of dollars to build the Panama Canal. The project stymied the Spanish who first envisioned it, bankrupted the French who initiated it, and compelled the U.S.A. to deploy navy gunboats to finish it. When it was finally completed a little more than a hundred years ago, civil engineers ranked it as one of the seven wonders of the modern world.

The Canal’s designers solved the Continental Divide problem by first digging a deep, wide passage known as the Culebra Cut through the mountains. This proved no small feat. Steam shovels took more than 20 years to excavate the Cut.

Meanwhile, engineers built a dam on the Chagres River to create Gatun Lake, the largest man-made lake in the world at the time. When it was complete, water from the huge reservoir flooded the Culebra Cut and, voila, the Panama Canal was born. 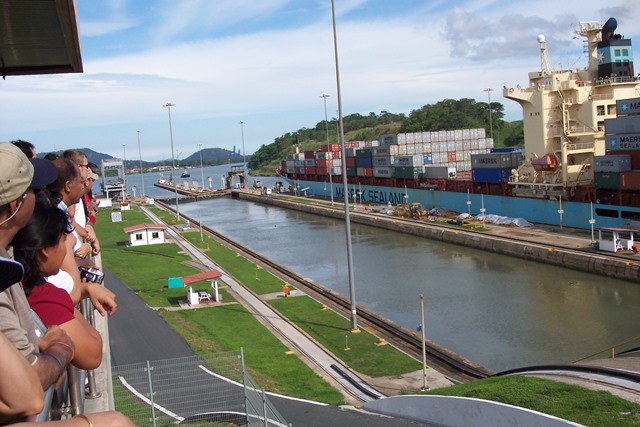 A series of locks raise ships 85 feet from sea level up to the surface of Gatun Lake. The trip across the lake itself accounts for a third of the 50-mile transit between oceans. Gatun Lake also supplies the water the canal needs to keep ships afloat. It takes a lot of water to keep ships afloat in the Canal.

Panama’s prodigious rainfall keeps Gatun Lake full of water. On average, 10 feet of rain falls every year on the Gatun Lake watershed. As much as 16 feet has been measured in some parts of the rainforest surrounding the lake. Scientists have determined that part of this precipitation is produced by the trees themselves, which trap atmospheric moisture and turn it into rain.

This codependency of trees, rain, canal, ships and money has turned Panamanians into some of the world’s most ardent conservationists. They are passionate protectors of the rainforest. Anyone who cuts down a tree in the Gatun Lake watershed without a government permit will face astronomical fines and a possible prison term. Strict protection of the environment has preserved one of the world’s most pristine biospheres around the Canal. Botanists and biologists come here from around the globe to research tropical plants and animals.

The Panama Canal has earned the country a national nickname: the World’s Crossroad. This is no misnomer. Every year, more than 13 thousand ships transit the canal. Nearly one million have passed through the waterway since it first opened in 1914. 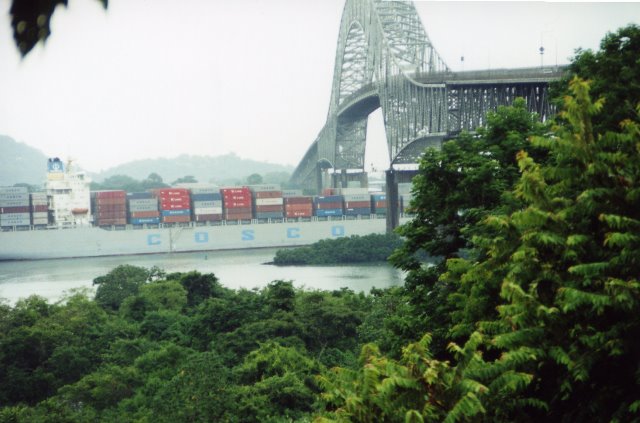 The 12-hour passage doesn’t come cheap. Tolls start at $60,000 dollars but can reach three times that amount with added fees. Nevertheless, the Canal remains the preferred option to the long and sometimes treacherous voyage around South America’s Cape Horn.

Anyone who goes to Panama should visit its famous canal. You can’t miss it, really. The waterway skirts the very city limits of the nation’s capital and can be seen when taking off from or landing at the country’s main airport.

If you drive from the U.S.A. to Panama as we did, your road trip ends at the Canal. A few miles beyond it, the southbound highway peters out in a dense no-man’s land known as the Darien Gap. Nobody in their right mind ventures into The Gap. 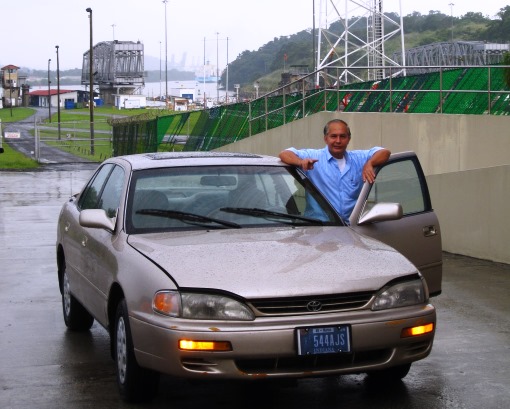 So this was the end of the road for our aged Camry, literally. By prior agreement, we gifted the car to fellow missionaries Mark and Janisse. Janisse’s father, a part-time taxi driver, took us on a tour of the Canal, our farewell to the trusty Toyota and fitting closure to this segment of the Epic.

Should you ever visit the Canal, your tour guide might mention some little-known facts about this wonder of the modern world.

- Construction of the Canal required the removal of 286 million cubic yards of dirt and rocks. That is roughly 25 times as much earth excavated to build the Channel Tunnel that today links the British Isles with continental Europe.

- Ships actually transit the Isthmus of Panama from north to south, and vice versa. The Atlantic entrance to the Canal at Limon Bay lies east of the waterway’s mouth on the Pacific. Hence, this is the only place on the planet where the route between the Atlantic and Pacific Oceans goes from northwest to southeast.

- In 1977, U.S. President Jimmy Carter and Panama’s leader Omar Torrijos signed treaties that transferred ownership of the Canal to Panama. The agreement had been negotiated over the course of four U.S. administrations and, while criticized by some, proved immensely popular with Latin American republics. Some 20 heads of state were present at the signing ceremony in Washington, more than had ever attended an official event together in the history of the hemisphere.

The Canal has turned Panamá into the world’s crossroad in several respects. The banks that handle the $3.5 billion dollars generated annually from its operation have turned Panama City into an important financial hub. Their gleaming skyscrapers give the urban skyline an appearance something like Hong Kong or lower Manhattan. 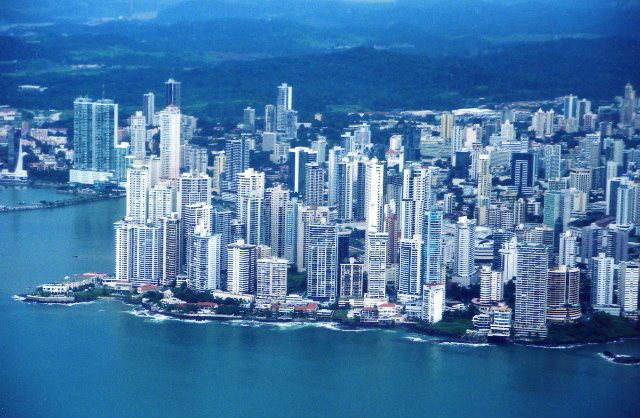 The Panama Tocumen International Airport has become an important hub for the world’s airlines. Each year 16 million passengers traveling between North and South America, Europe and Asia pass through Tocumen.

It was at this airport several years ago that I first met Candido, the national president of the Church of God in Panama. I had an overnight layover and thought it a generous gesture to invite him to breakfast.

Whether he thought it generous of me or not, he never said. Accepting my invitation required him to make a two-hour trip across the Isthmus from his home near Colon in the wee hours of the morning. He arrived bleary eyed, sleepy and unshaven, but gracious.

A quiet, unassuming man with a solid physique hardened by his work in the construction trades, Candido came up through the ranks of the church to become a national leader. He didn’t tell me his story that day at breakfast. Barbara and I would learn about his unconventional career trajectory on a subsequent visit to his church in Cativá.

Not long after Candido and his wife found Jesus in the little church, the pastor announced that he was moving away and leaving Candido in charge of the congregation. Despite having no theological training and knowing next to nothing about how to pastor a church, Candido graciously accepted the assignment.

His decision was to cost him his job. He and his brother operated a shop across the street from the church. When Candido told his brother that he had become a pastor, the man stared at him in disbelief.

“Well, in that case, you are going to have to sell me your half of the business,” he said.

“By why?” Candido asked, confused.

“Because, Brother, we are a liquor store. You cannot pastor an evangelical church and sell liquor at the same time. Don’t you know that?”

Candido did not know that, so uninitiated was he to ecclesiastical matters. Nevertheless, he accepted the deal as part of God’s plan.

Candido went to work in the building trades to support his family. He also set to work building up the congregation. It certainly needed building up. Following the former pastor’s departure, exactly three members of the congregation remained: Candido’s wife, his mother-in-law, and him.

Candido had never attended a minister’s conference and so had no information about strategies to increase church attendance. Nor did he have any money or means to invest in ad campaigns or special events. The one thing he knew how to do was to pray. So Candido began to pray.

He rose every morning at five o'clock, went to the church chapel and sat in one of the empty pews. He prayed that God would bring a person to fill that seat in that pew. Then he moved over one place and prayed for God to bring someone else to fill that seat, and so on.

Within two years, the chapel was filling up every Sunday with eager worshippers. Candido had prayed his way through all the empty pews. He eventually baptized 110 new believers. His was one of the fastest growing congregations in Cativá.

Candido told Barbara and me this story as we sat in the chapel on a weekday morning. The only evidence of this robust growth to be seen was a missing wall. Candido had torn it out to add an extension to the building. With a bit of quiet pride, unusual for this unassuming man, he explained the reason.

“We began to notice that a lot of kids in our neighborhood didn’t have enough to eat,” he said. “So we started cooking free meals for them.”

“Word got around and now we have a lot of kids coming here to eat. So we are building a proper dining hall to accommodate them.

“Of course, we tell them about Jesus, too,” he added. “I have baptized some of them.”

Whenever I think about Candido and his church, I end up with two impressions that are as unmistakable as they are personal. First, I am glad that he had no information on strategies to increase church attendance and thus was obliged to start with prayer. Sounds to me a lot like how Jesus started out building His church.

Second, I can now picture two wonders of the world in Panama. Its renowned, awe-inspiring Canal, and an unknown but awesome church in Cativá. 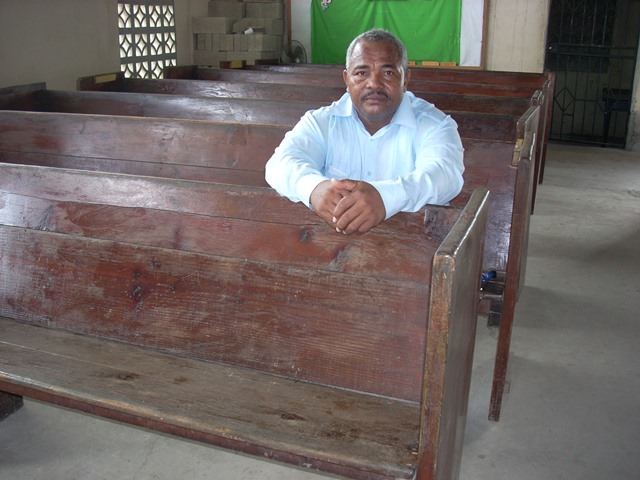 Next time: Pearl of the Caribbean