In your own words

The best thing about writing a blog is the feedback. I have received a ton of comments, questions and counsel about Stalking the wily Andes trout. A few critiques were solicited, most are spontaneous, all greatly appreciated. I have learned a lot and laughed a lot. I think you will too.

1 What goes down
What a joy to read this blog. I keep reading because of the way you hook me. Thanks, and I would love to chase Andes trout, but afraid of the sorojchi.
- Greg, Florida 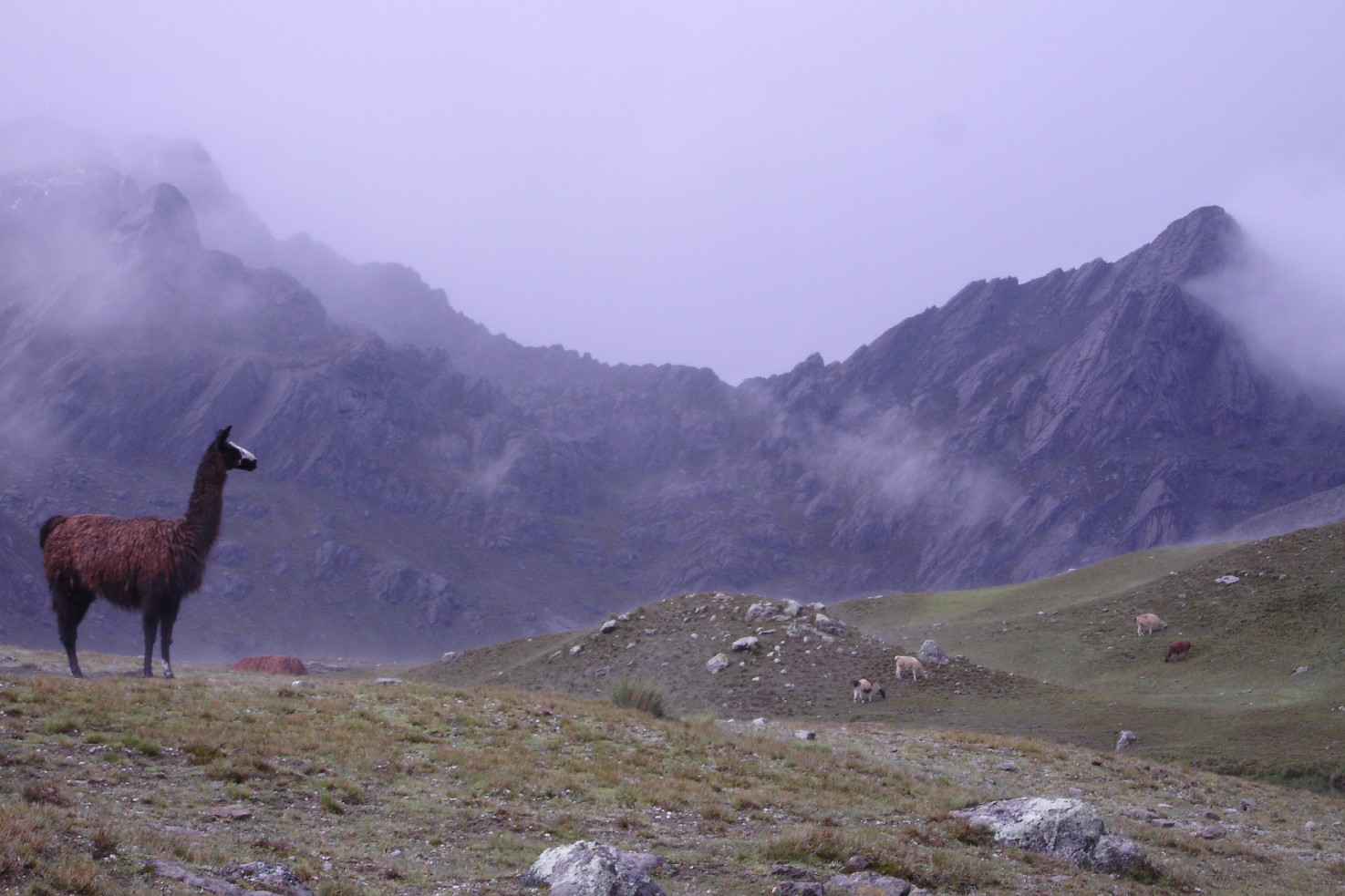 I have seen people struggle with what we call Altitude Sickness in Colorado as low as 10,000 feet. It usually strikes those who are rookies to high altitude climbing. Unless we get them to lower altitude quickly and hydrate them, death is a real possibility.
As to the “keep breathing” part, that is a given. To be successful at this high call of discipleship, one must keep on trusting through the difficulties. Trusting Christ is the oxygen of our faith.
- Ed, Colorado

Reading your blog brought back so many memories. One that really stuck in my mind was hitting El Alto airport (La Paz, Bolivia) after being at sea level for quite a while. Sorojchi hit while I was waiting in the immigration line. I managed to make it through and down to the bathroom, but was not feeling well. Later, my friends the Bratts passed by and asked if I wanted to go downtown for a few hours. I took them up on it and we ended up in a tiny, crowded pension where, in the middle of lunch, the internal dimensions of altitude hit again. Unfortunately, the bathroom was tiny and right up against the table where we were eating lunch. Ah, the memories!
- Geoff, Australia/Georgia


3 Decent fishing
Just finished reading your latest blog. Well-written and closed with an insightful message about Jesus and his type of discipleship that is so far removed from much of what we call discipleship today. Thanks for reminding us of our roots and how our master created the most effective of fishers of men.
- Larry, Cote d’Ivoire

Does bring back memories of our (salmon) fishing trip. Thanks for reminding me of fishing and our mutual love for Jesus.
- Dick, Washington state 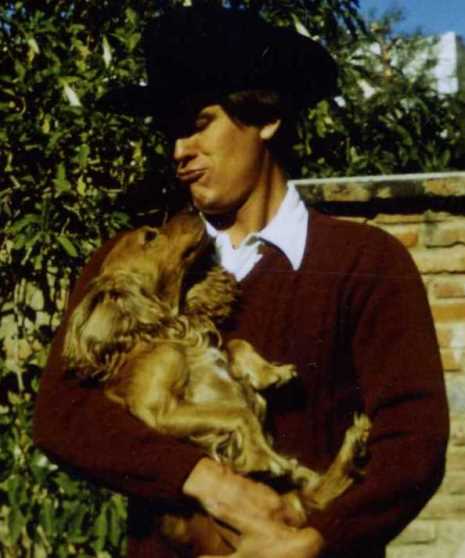 4 Fishing dog
Hey Dad, I thoroughly enjoyed reading this story. I have some recollection of Rocky but this brings back many marvelous memories. I do think that starting with shorter blogs, including photos and maps expands the interest. To your first question, I think it does honor God. Love ya!
- Ben, Florida


5 Meat fisherman
I’ve been watching a show on the Outdoor Channel called “Meat Eater” that follows a hunter who hunts and fishes for meat, not trophies. A good show for folks like us. Also, you missed the Johnny Cash song that goes something like this:

Country boy, ain't got no ills
Country boy, you don't owe no bills
You get a wiggly worm and then you watch him squirm
While you put him on a hook and you drop him in a brook
And if everything's gonna turn out right, you're gonna fry fish tonight
Country boy, I wish I was you, and you was me
- Art, Michigan

About the treble hooks: I'm not sure what that is, but I'm assuming it means the hooks with the extra barbs on them? Is that the reason you have an extra hole in your head? I too have had enough struggles with those barbed hooks to last a lifetime.
- Jack, Ontario

Do you have a scar from this “surgery”? Don got hooked in his ear a couple years ago at the lake. We googled “getting a fish hook out” and it worked pretty slick. He didn’t even bleed. Don is a fish eater. I like some, but hate bones. So if I find one, I’m done!!
- Vicki, Indiana

You should not feel bad about eating your catch. Seems like someone you and I know very well would cook and eat fish on the shore of the Sea of Galilee.
- Max, Michigan


7 Packing it in
What’s this about (husbands) maybe not being infallible? You could be in a whole lot trouble with the rest of us. I’ve worked really hard to hide the truth from Lori - and you want to burst that bubble! I, too, need to listen and learn from our infallible LORD.
- Graham, Michigan

Intriguing. I am concerned, though, with the way you're treating your wife. You say: "A substantial string of rainbows remained, more than enough to justify the hike and impress our wives. These we confidently hung in the high branches of a tree. . . ."
Can I suggest you get some help? ASAP!
- Jack, Ontario


8 The don’t-do list
The photo of your smaller trout reminded me of a father-son group that fished all day to no avail. As we were preparing dinner, a couple of Bolivian campesinos emerged from the gathering gloom with sticks loaded with small trout. Their offer was “dos truchas por cada pancito” (two trout for one hamburger bun). We felt it was a good trade and they probably did too. Such is campesino life.
- Geoff, Australia/Georgia


9 Twice caught
Thanks for sending the story. It was really fun to relive those fishing moments. You do justice to the emotions and the actions of that day. I can still remember running around half the lake to get that net to you!
- Ryan, Oregon/Bolivia

I think writing a blog that nets fishing and the gospel together (sorry, your punning is contagious) is a great idea. I mean, a lot of things that Jesus did and spoke about revolved around fish, fishing, fisherman and shore lunches. Anyways, you've already got me hooked.
- Steve, Indiana 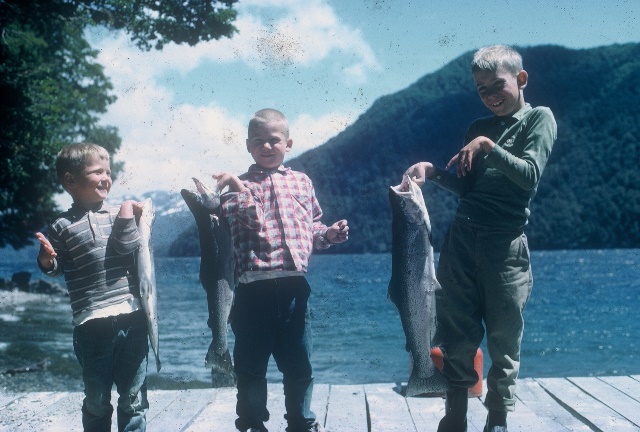 Pictures and mentions for your dreaming This photo from nearly 50 years ago is of three sons of a missionary colleague with fish likely out of Lago Futalaufquen near Bariloche, Argentina. The lake I went to yearly was in El Chubut. Lago Fontana is west of Gobernador Costa and nearly on the border with Chile. American oil companies had a cabin there we could use.
- Lou, California

11 El dorado
Great catch, great message. The “Golden Boy” sure has some great lessons for us to practice.
- Nehiel, Houston

Makes me want to come back to Bolivia and give it another try.
- John, Ohio

Wow, golden fish, what’s next! They do look very awesome. Do you eat them?
- Vicki, Indiana


Yes, indeed we do! Greg from Florida asked what dorado tastes like. I said it’s a bit like Mahi Mahi or swordfish, but that I’ve only had it grilled over charcoal by Argentines, arguably the world’s best grill masters. 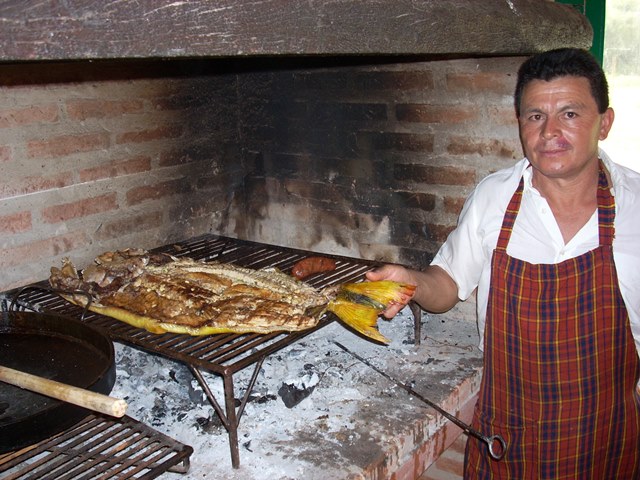 What do you other dorado connoisseurs out there have to say?

Oops, there I go soliciting more feedback. Well, as I said, feedback is the best.

Even Jesus asked for feedback. One day he said to his disciples, “Who do people say that I am?” He knew that folks were forming opinions and he wanted to know what they thought.

The Twelve told him what they had heard. “Well, some say you are John the Baptist. Some say you’re Elijah, others Jeremiah or one of the prophets.”

I imagine they stood there a minute looking at each other, wondering who would be first to step up and speak his mind. As usual, it was the oldest and boldest, Simon Peter.

“You? You are the Messiah, the Son of the living God!” he said.

Peter wasn’t sharing only his personal opinion here. As Jewish etiquette dictated, the rest of the disciples kept quiet and let the eldest man present speak for them, but all of them had come to the same conclusion.

How do we know that? Because despite beatings, beheadings, stonings, burnings, crucifixions and the several other types of hideous death these men endured, not one backed down on his conviction that Jesus was the Messiah, the Savior of the world. They insisted that He died on Calvary and rose bodily from the dead, and that He later ascended into the clouds as they watched.

What’s more, they told anybody who would listen that Jesus will return the exact same way at the end of time to judge the whole world. So y’all best get ready.

You can literally find tons of differing opinions about Jesus. They range from Almighty God-in-the-flesh with total authority in Heaven and earth, to merely a nice guy with some good ideas and a knack for public speaking.

For my money, the former opinion is the most credible. First, because lots of nice guys with a knack for public speaking have come down the pike in the intervening centuries, but none have come anywhere near Jesus in terms of impact.

Second, because writing has taught me that the best way to fact-check is to consult a primary source, an eye witness, somebody who was there, who saw, heard, smelled and touched the evidence first-hand.

In Jesus’ case, that would be His disciples. We know their story, and they stuck to it. 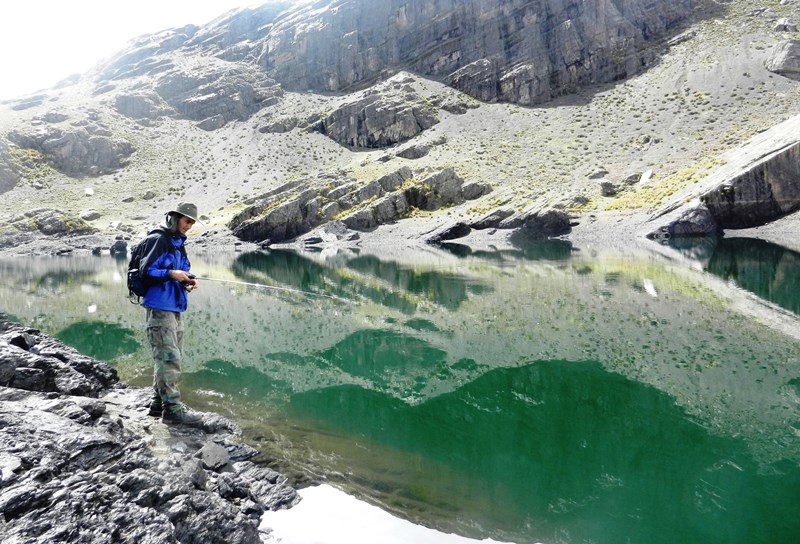